This Is The Camp

When three restless young men refuse to accept the circumstances they were born into, they must find freedom or they’ll never find a way out.

It wasn’t until I stepped into Shatila camp that I began to realize I knew nothing about refugees. Shatila was a place that existed for more than 6 decades, containing over 40,000 people in less than a square mile. It’s a place just minutes away from the nicest hotels and restaurants in Lebanon but most people from the outside will never go in. It’s in a sea of noise, dark alleyways and tangled wires that people somehow find a way to survive and it’s here this story begins.

This Is The Camp is an independent feature length documentary following the lives of three young men who by fate and circumstance were born into a place where they have no rights as human beings. They come from three vastly different camps in Jordan, Lebanon and the West Bank while all sharing the same burden of being third generation Palestinian refugees.

Ahmed a gentle rapping barber who is looking for love was born in Shatila refugee camp located in Beirut Lebanon. Amidst the lack of basic resources, violence and poverty he feels suffocated in a camp. Founded in 1949 Shatila has an estimated 22,000 refugees that live in one square kilometer of land.

Faisal a witty yet wise young man is one of the few people in his camp to attend college. He chose English literature as his degree but Jordanian laws prevent him from getting his dream job as an English translator. With the passing of his father he becomes the breadwinner of his family and must find a way to support them. He decides that he must leave the camp for the first time to find a job and a better life. Gaza camp located roughly an hour's drive from Amman is like a forgotten town in the middle of the desert. Founded as an emergency camp for Gazans in 1967 with an estimated 24,000 refugees living there today, the camp faces extreme poverty, lack of basic education and laws prohibiting employment.

Hisham lives in Dheisheh camp in the West Bank just minutes from the original land is grandfather was forced to flea 70 years ago and forbidden to ever return. Hisham is into media and sharing stories through photos and videos. He longs to be treated equal as everyone else and to see his original home in now occupied Palestine. In addition to high unemployment, his camp faces horrific nightly raids and acts of violence by Israeli soldiers.

Filmed over the period of three years, Faisal, Ahmad and Hisham will take you on their own intimate journey in the camps as they live love and leave. 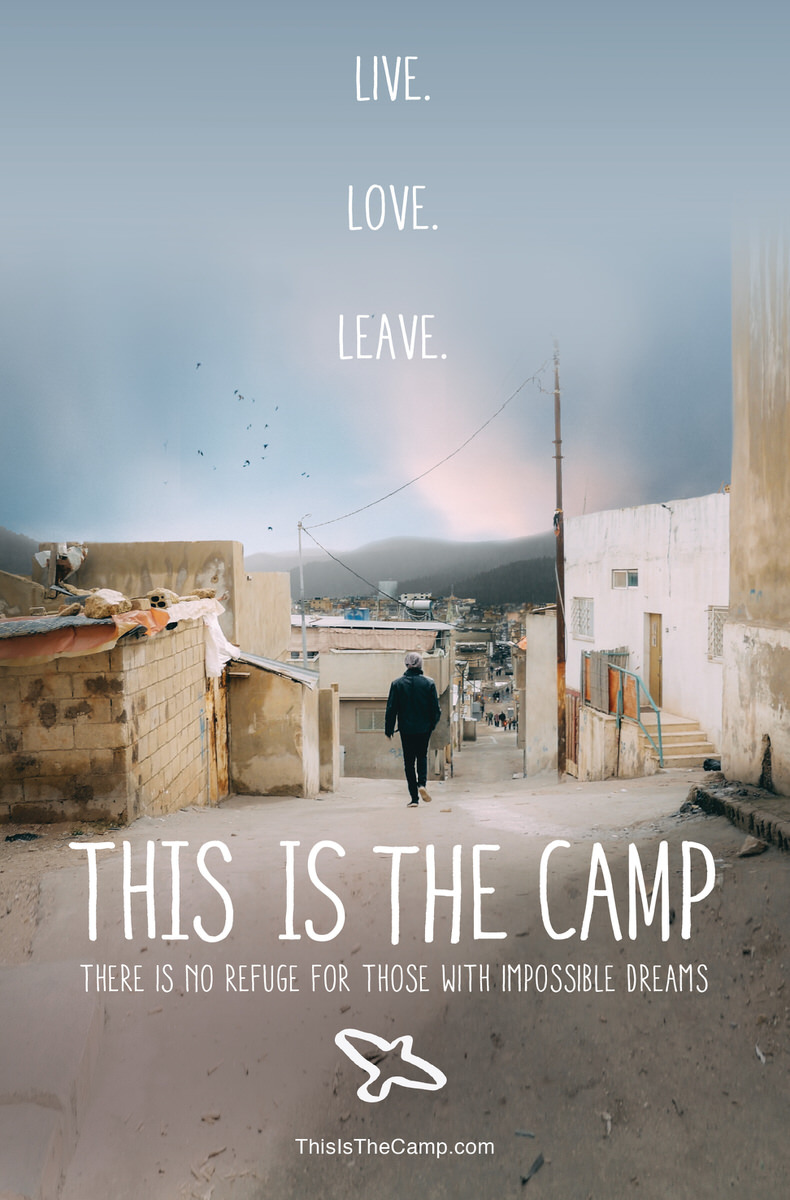