Bringing world class musicans to the camp for a impromptu concert. 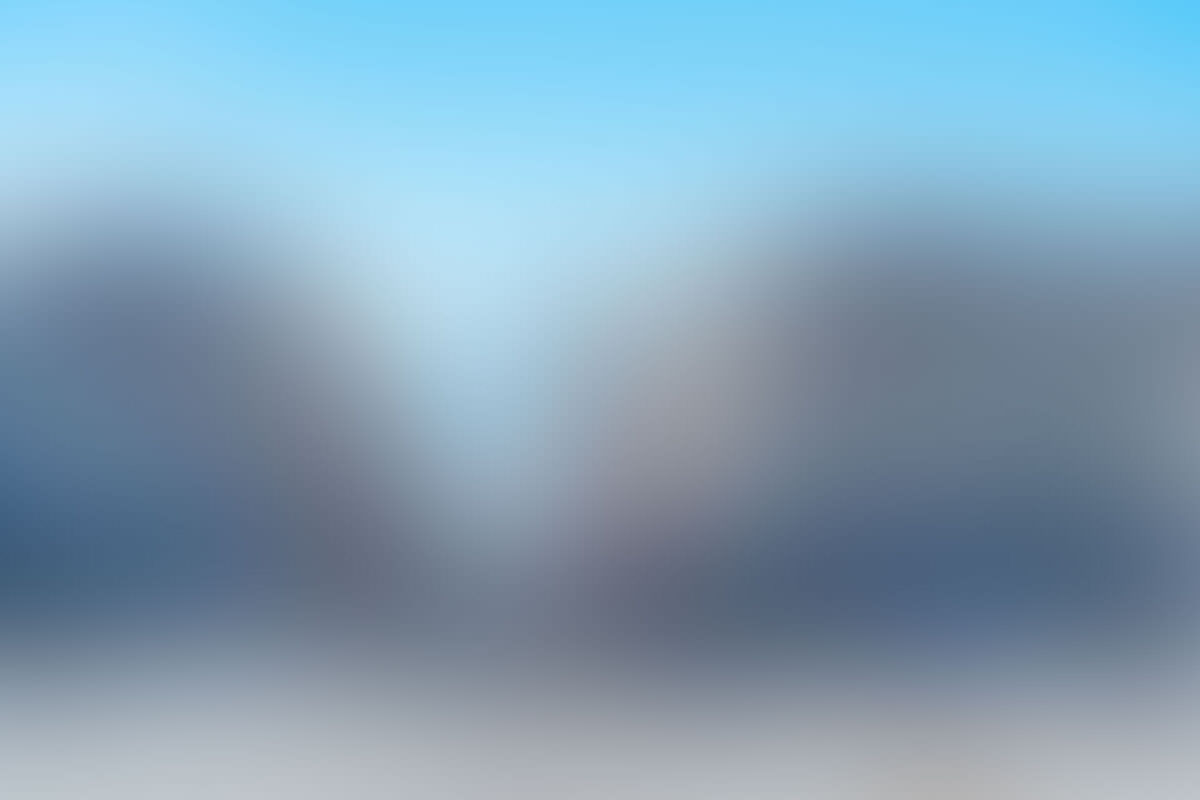 Cellist Ani Kalayjian reached out to me one day while I was filming in Shatila refugee camp in the heart of Beirut. She would be coming to town with an ensemble of musicians around the world to play in the prestigious American University of Beirut (AUB) annual winter concert. She'd heard about the work I was doing in the camp and wondered if there was any way she could lend her musical talent. Without hesitation, La Blogothèque immediately popped into my head. I'd been obsessed with the French production company early in my career for their well known A Take Away Show where they placed famous musicians in public places in Paris to spontaneously perform not knowing the outcome or how they would be received. This would be my first chance at creating A Take Away show for refugees in the camp.

Bringing three world class musicians and two opera singers to a refugee camp posed a few challenges. They needed to get into the camp safely with large and expensive instruments as well as perform without any worries. Most taxi drivers refuse to drive to refugee camps in Beirut so I needed a camp accessible with a short walk. It was the middle of December and rain was a possibility so an enclosed space was also necessary. Lastly I wanted to draw a manageable crowd to make the concert more intimate. I also wanted to focus on a camp that no one knew about yet faced many challenges. I chose Said Gawash camp, a tiny and relatively unknown camp on the boarder of Shatila refugee camp. The camp has no active militia so I didn't need to worry about scaring the performers or negotiating our entry. The camp has a predominate mix Palestinian and Syrian refugees as well as Lebanese and Bangladeshi economic refugees just struggling to survive. Following the tiny narrow ally ways into the camp lead to a juncture that proved to be the ideal spot just big enough to fit our talent. Thanks to a friend from the camp permission was secured for our presence and safety on the day of the performance.

No one knew what to expect when we walked into the camp. None of the residents had any idea there would be an impromptu concert that evening. It was nerve-racking watching this small group of foreigners unpack their instruments and music stands while residents of the camp suspiciously walked by. Then music suddenly began to fill the tiny enclave in the center of the camp. Residents passing by carrying their children or bags or rice began to slow down and then eventually stop. Children circled around in front of adults, some squeezing their hearts as they felt the music in what was likely their very first live concert. Jaws dropped when tenor Randall Bills and mezzo-soprano Kristin Gornsteing began singing a piece from Don Giovanni. Every note from Ani's cello as well as Rebecca Jackson and Moni Simenov's violin performed with perfection and filled the empty spaces inside the camp's deteriorating walls with a magical sense of awe and joy. Time stopped in the camp. The ensemble played a mix of contemporary classical with modern pop hits like Michael Jackson's "Who's Bad". When they finished their set list the residents cheered for and encore and they played more songs. It was an unforgettable night and a gift that not only brought joy to those who witnessed the performance but everyone who participated. 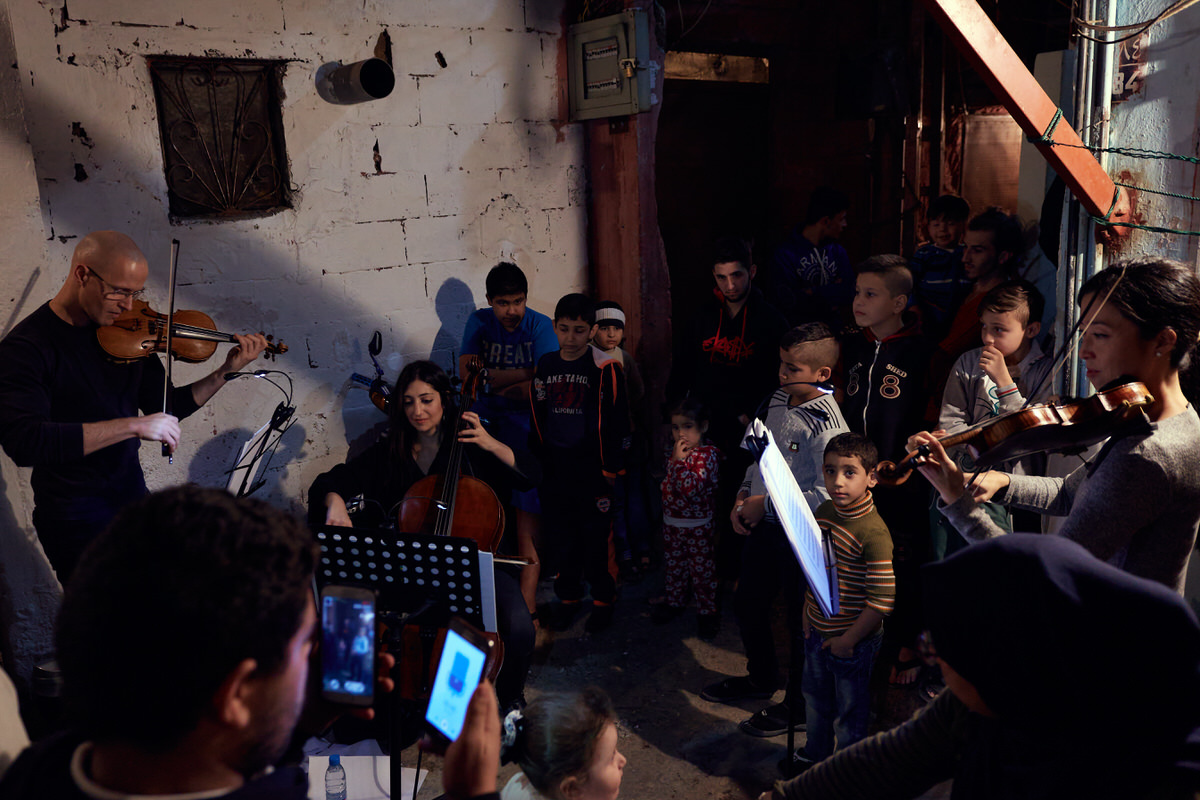 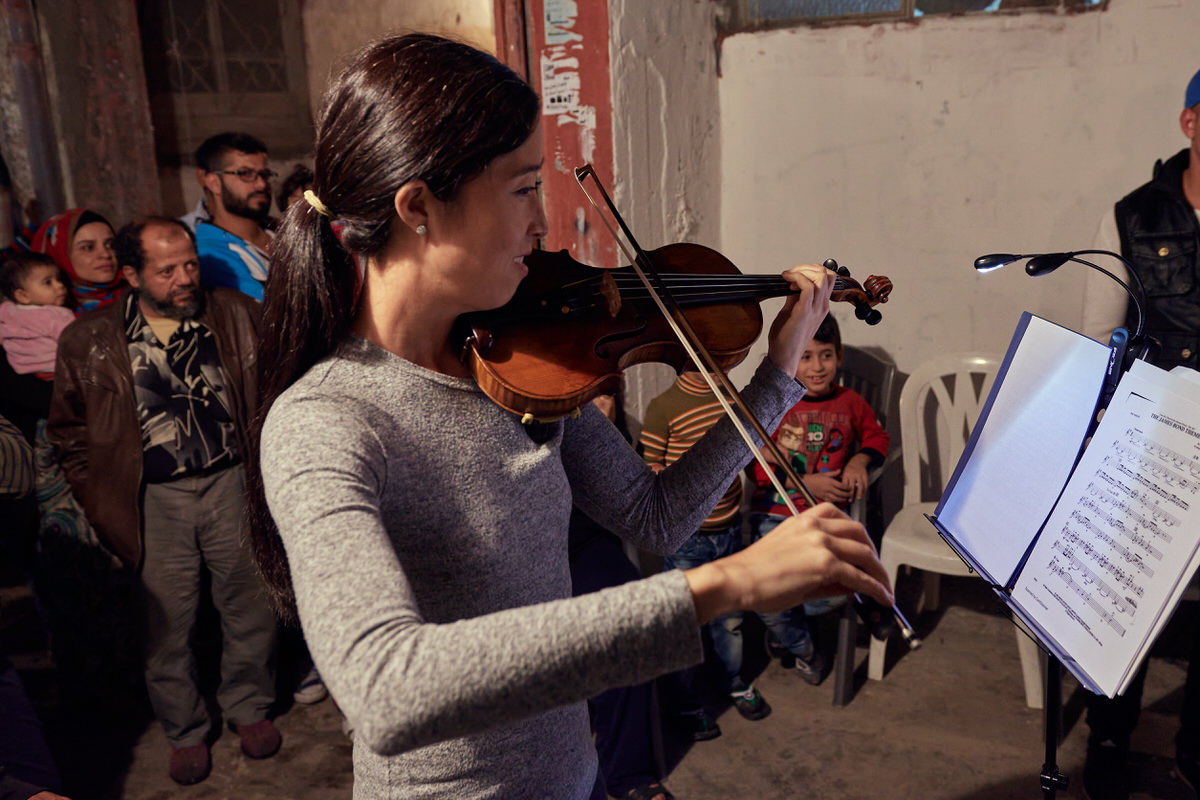 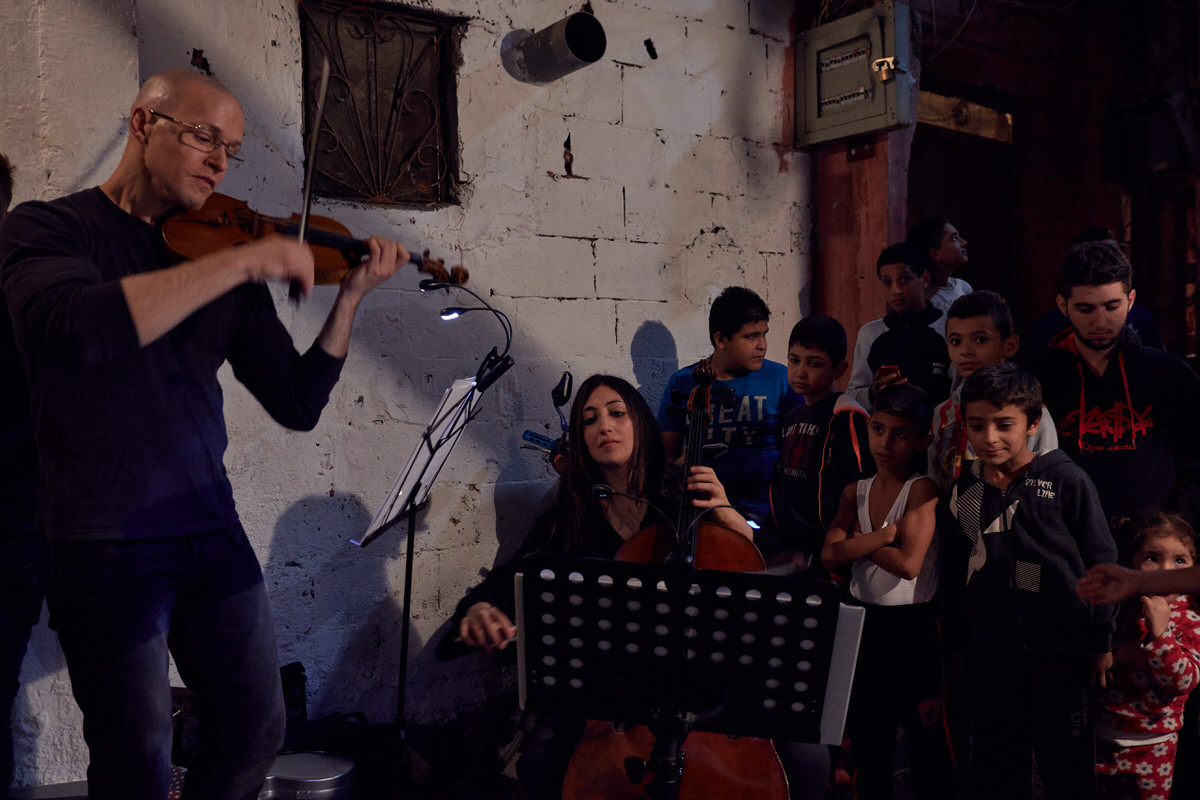 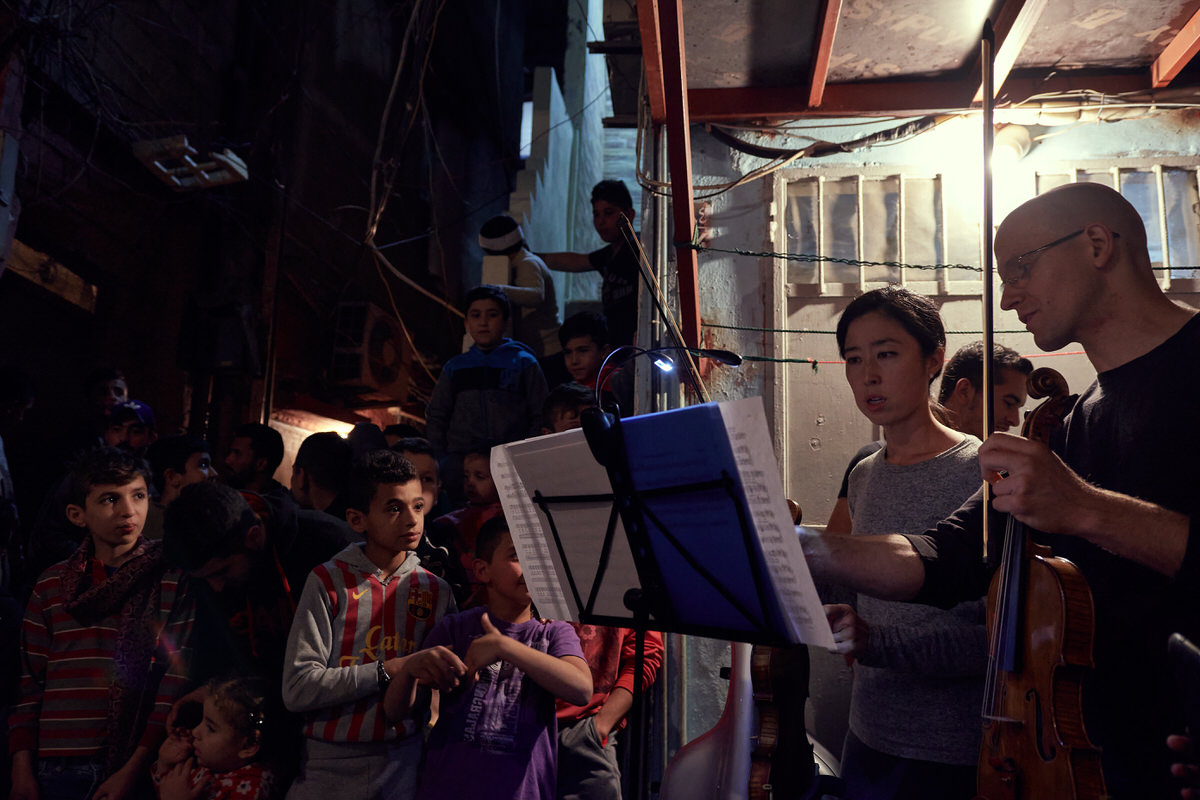 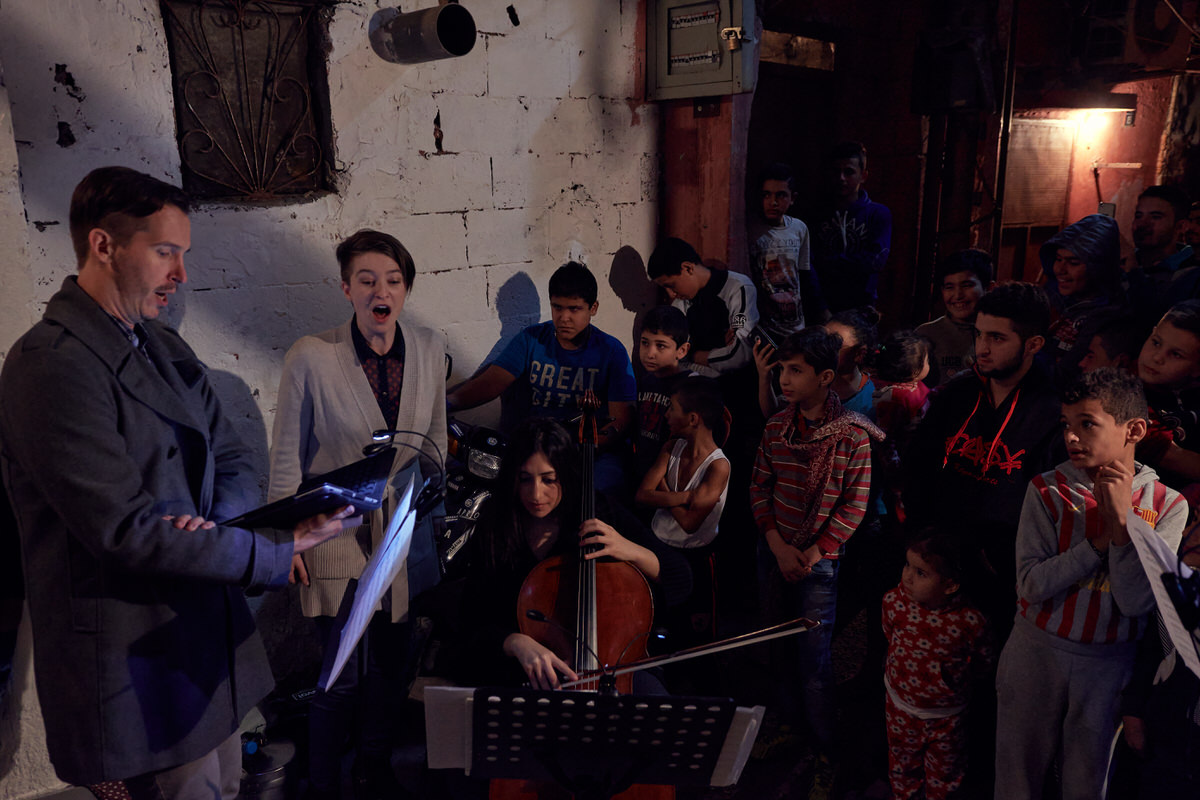 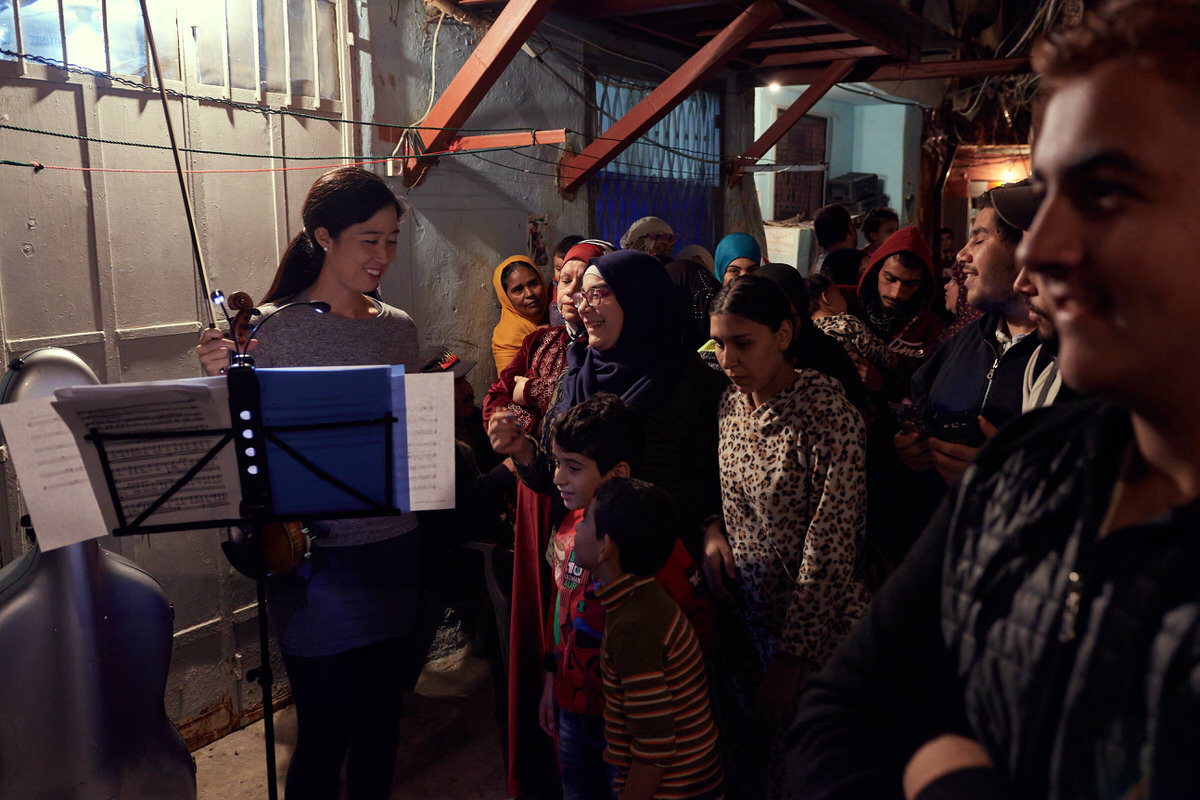 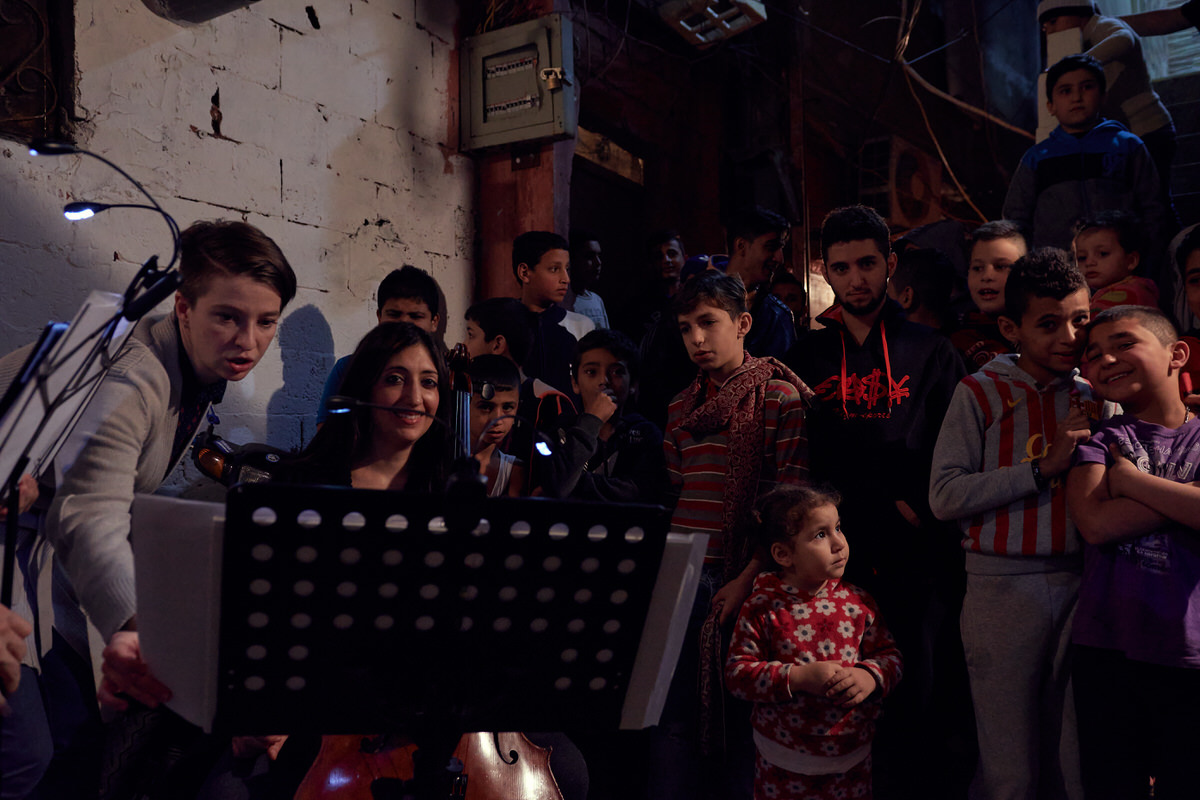 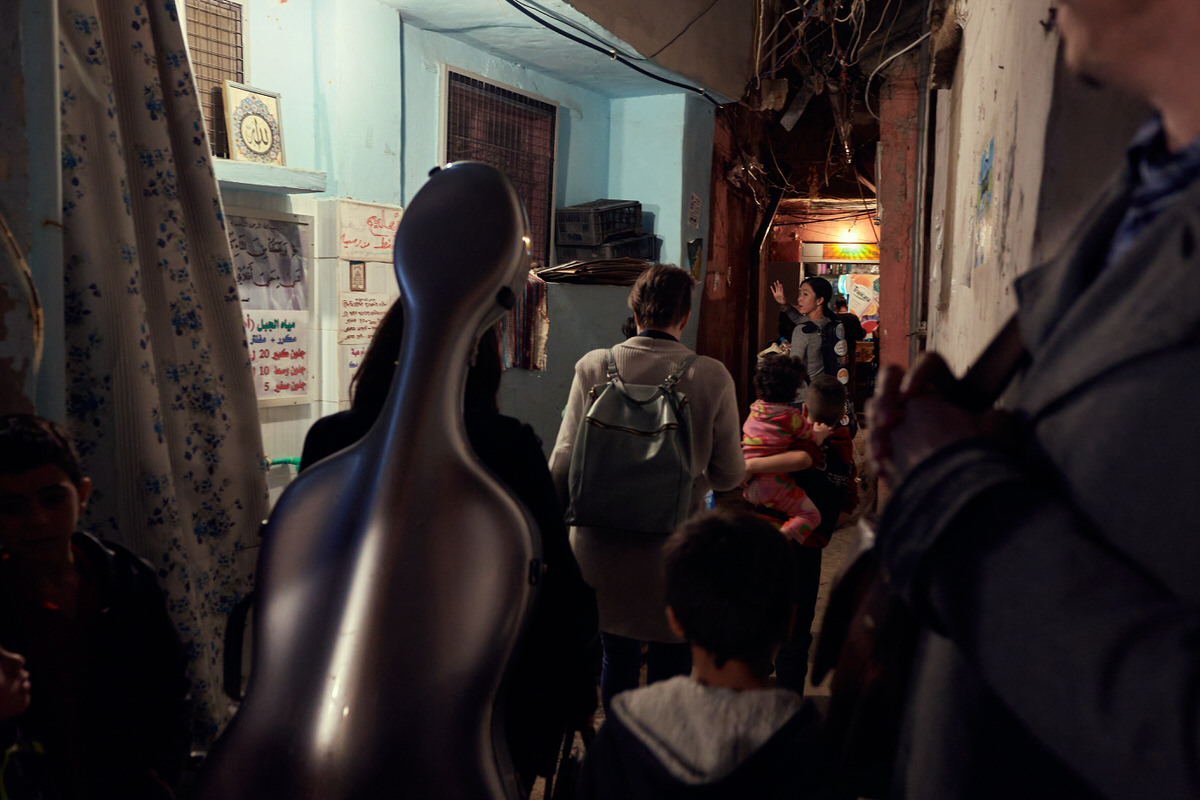 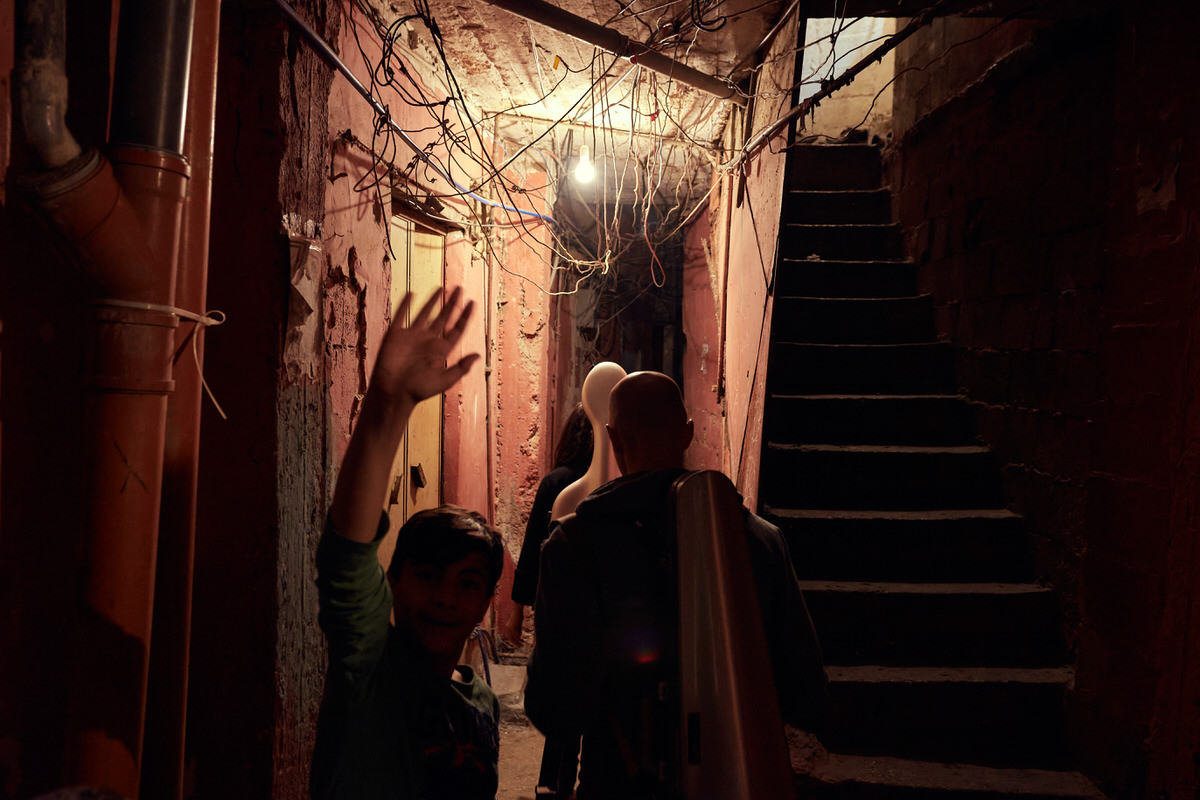