A glimpse into the lives of refugees in Beirut as they continue to struggle in a country they cannot call home.

Lebanon has become host to the largest refugee population per capita in the world. The overwhelming amount of refugees has been a source of much tension for the country and life as a refugee in Beirut comes with insurmountable challenges.

Refuge does not often come with safety. Refugee is not often a temporary status and in almost all cases this status does not come with basic human rights. Conflict Speaks is the stories, images, and voices of those living with the consequence of war. These are the people forgotten after the bombs have dropped and risked their lives to find safety. Mothers, educated hard workers, sincere and resilient. While many have just arrived in Lebanon, others have spent their entire lives here without a country and a home to call their own. In Beirut they find themselves hidden in a mysterious city afraid to go outside or stuck in overcrowded permanent refugee camps fighting for resources.

*Upon request some names were changed and faces hidden for fear of arrest or danger to family back home.

April 2016 Conflict Speaks was exhibited at The Spring Café﻿ in Denver Colorado. The Spring Café is an independent coffee house that regularly employs and supports refugees.

Unable to afford a smuggler or risk the journey through the Mediterranean sea like his father, Jack, 16 took a 20 hour bus from Aleppo to Beirut with hopes the Norwegian embassy would be able to reunite his family. Jack shares a small room with one bed inside a Mosque with his mother, sister and two brothers. 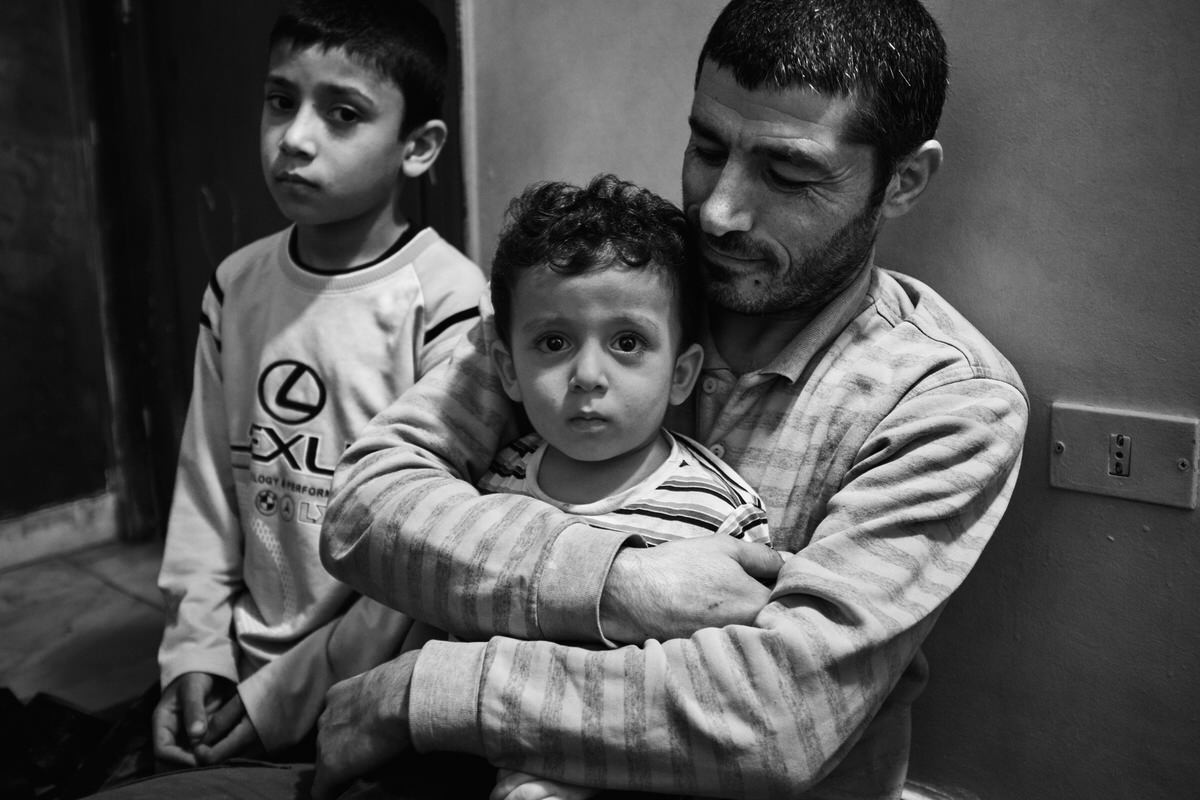 “I hope that no one anywhere in the world, has to go through what we’ve gone through, anyone, not even my enemies.”

Ahmad fled Syria four years ago and embraces his son Jihad, 2, next to his other son Mu’man, 11. Several days ago Jihad was sick . With no free access to healthcare the family was forced to pay $330, roughly the same amount they make a month to release his son from the hospital. It took 5 days to get Jihad released.

“Where can we go? Sometimes I say enough, we’ll all go back to Syria but will I take my children back to die?”

Safa, 30, lives in a small windowless room with her daughter Jannah, 7. Unable to pay the $200/yr residency fee for her daughter, Jannah is forbidden to play outside for fear of arrest and cannot attend school. Jannah must still wear diapers and struggles with emotional trauma induced from the Syrian war. 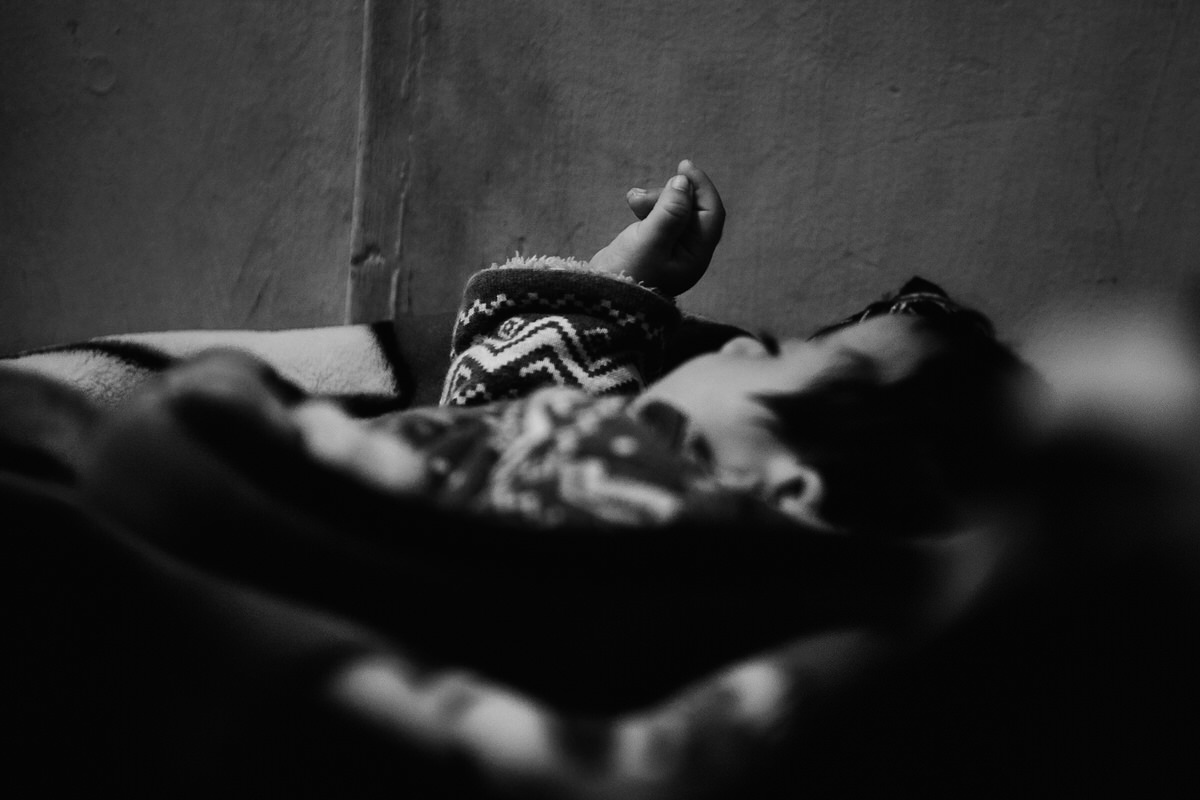 Only 2 months old Hazeem joins more than 36,000 stateless babies born in Lebanon. Hazeem’s parents are Syrian refugees but due to the prohibitively expensive and complicated process to register her and maintain residency she will have no identification, no documents, and will have no access to basic services. 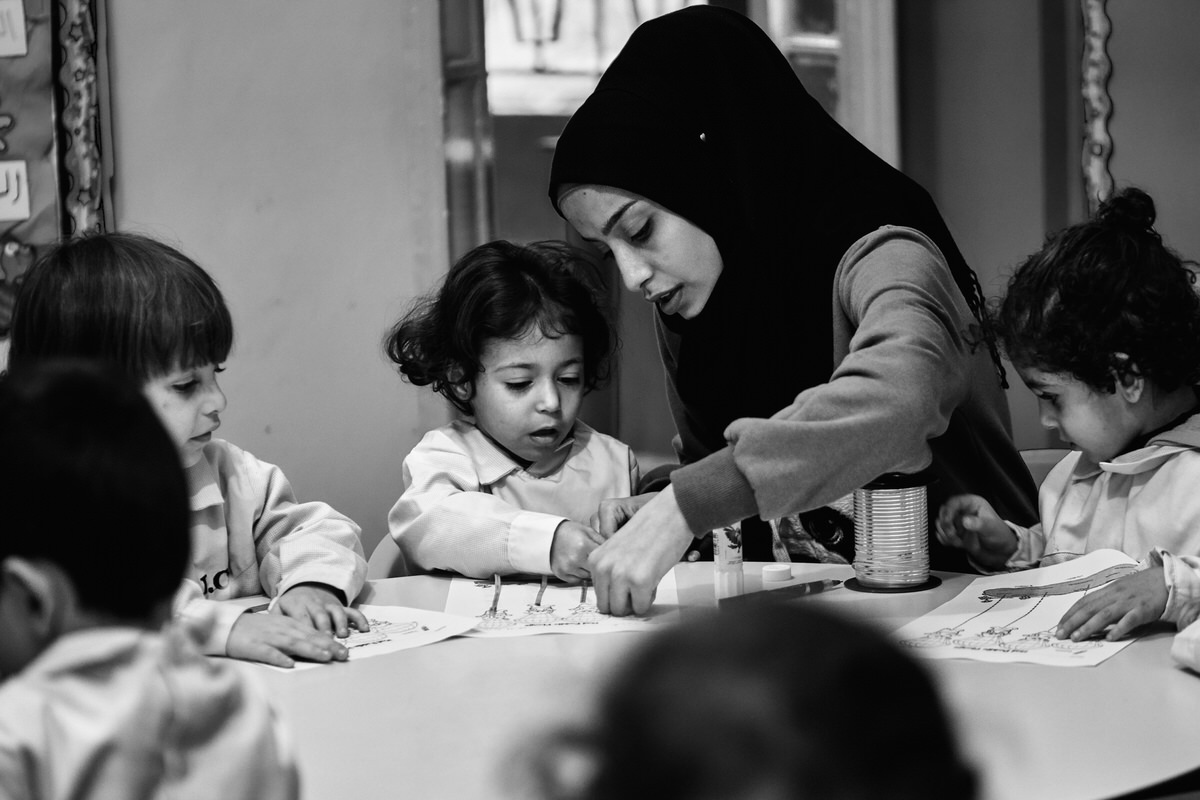 “My dreams are to go back, not just me but my family, my whole family.”

Nour, 18, is a Syrian born Palestinian refugee. She fled the Yarmouk refugee camp in Syria 4 years ago. She now lives in Shatila refugee camp in Beirut. Her father lives in a camp in Austria and her oldest brother in Brazil. Nour works part time as a kindergarten assistant in the camp to support her mother. Nour misses her favourite sport, swimming, and hopes one day to continue her education. 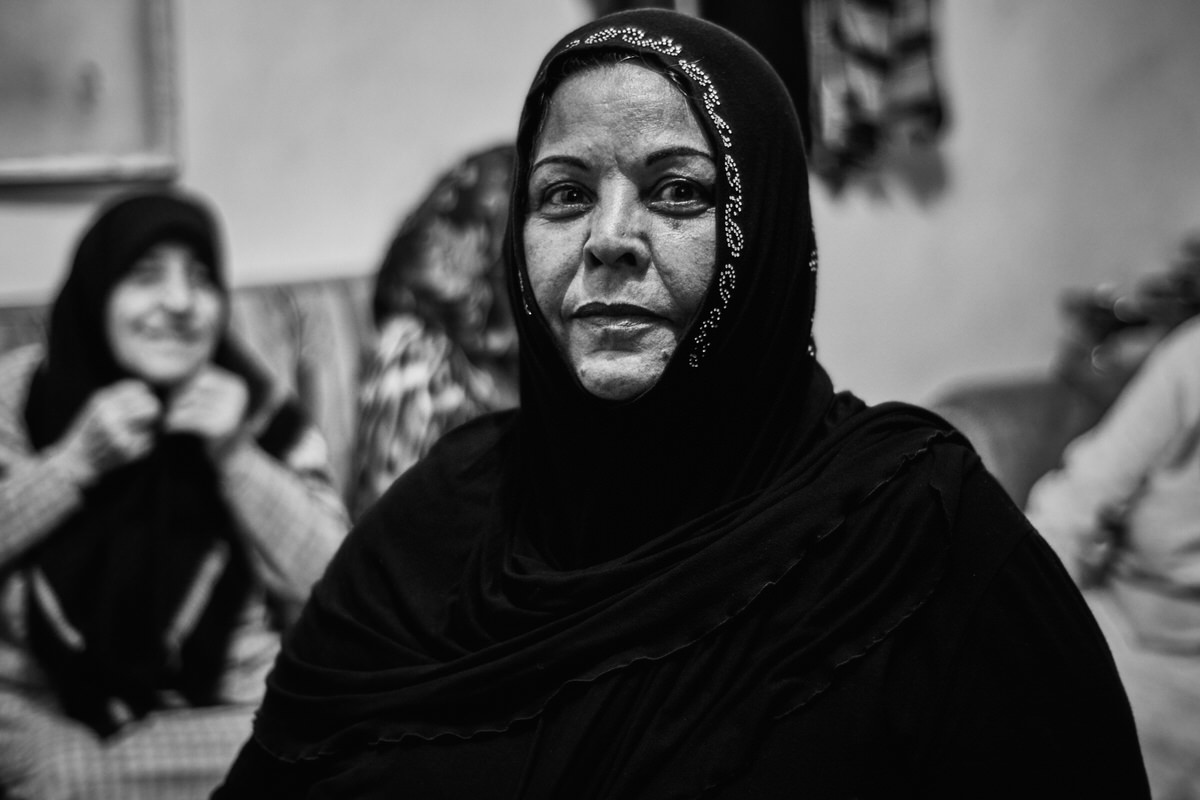 “You can lose all your gold and you’ll be okay, but you lose your country? What?”

Hadiji is a Palestinian refugee that recently fled Sbeineh refugee camp in Syria. She now lives in Shatila refugee camp located in Beirut and holds two memories dear to her heart. The first is her husband who died when her house was bombed in Syria, the second is Jaba, her original village in Palestine. Here she says the trees and water are beautiful, there is electricity, and the people are very kind. 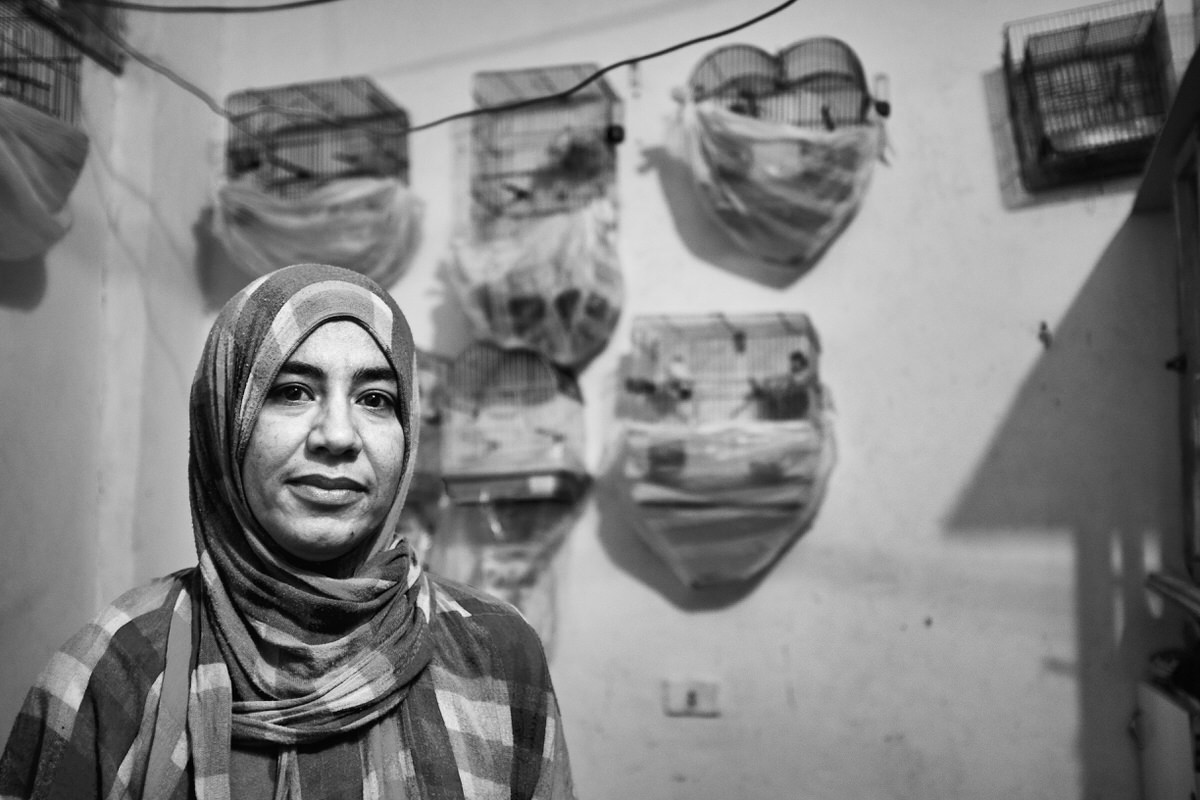 “The bullet is still inside of me and my veins have been burned.”

Aida is a Palestinian refugee from Yarmouk refugee camp in Syria. She remembers being shot through the hip bone walking home after donating blood to save her sister and brother. She now lives in Shatila refugee camp in Beirut and awaits treatment. 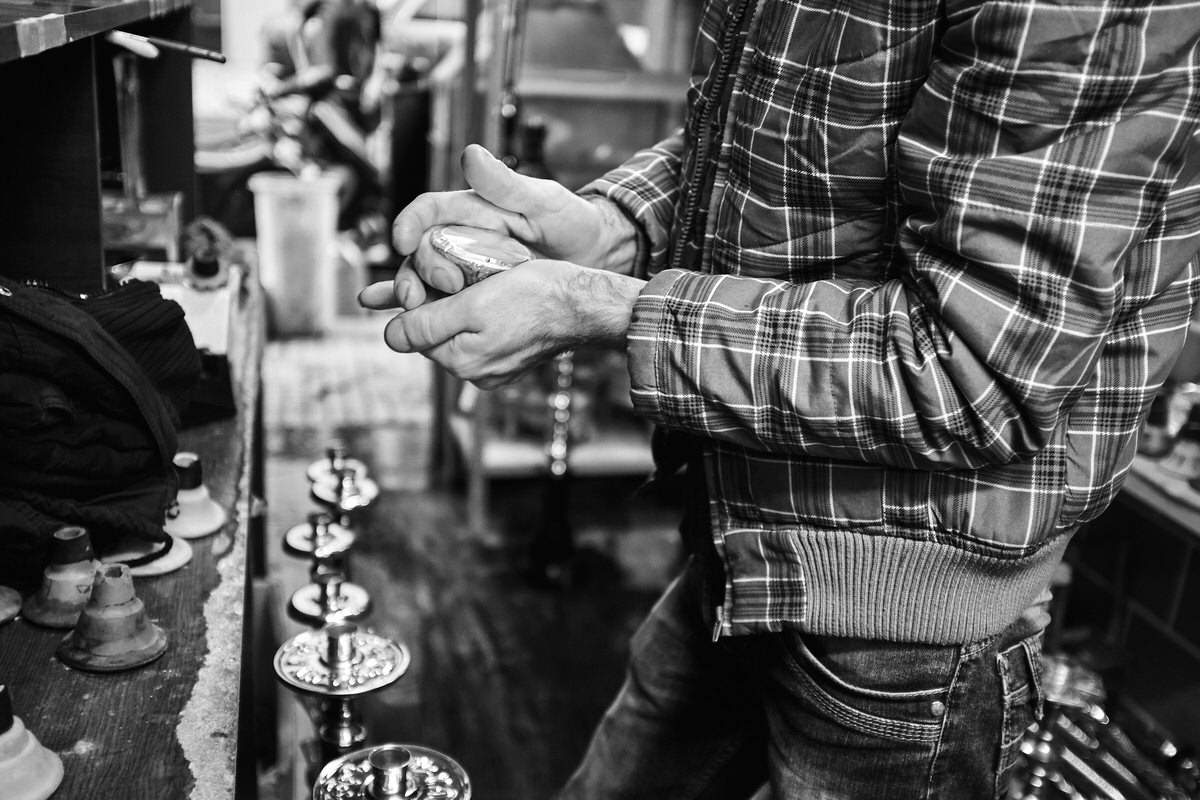 Feham came to Lebanon 3 years ago. After the war broke out in his town of Al-Qamishli, Syria, he could not find work and was forced to leave. He has not applied for refugee status at the UN office in fear that he’ll be deported back to Syria. Feham is afforded no rights in Lebanon and works from 10am until midnight 7 days a week preparing hookahs at a hookah delivery shop in Beirut. 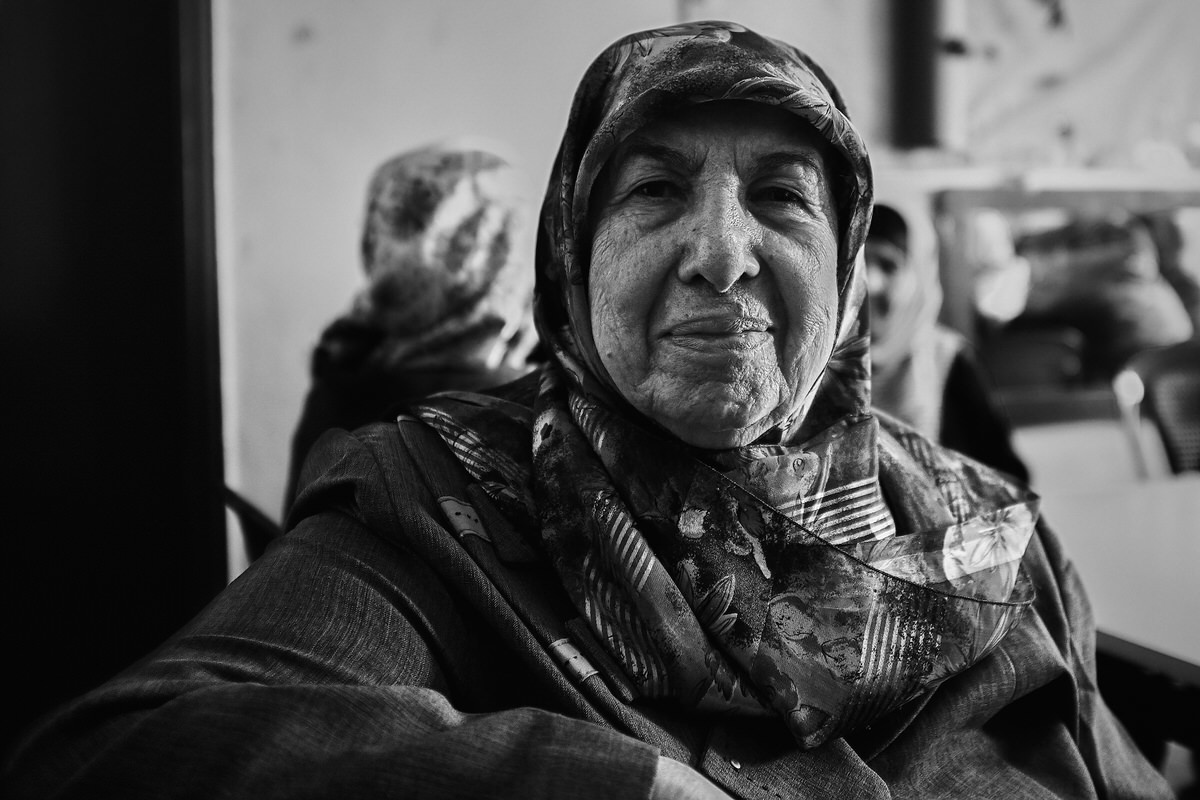 “We came from the sea. We left Yafa Palestine in 1948. Let me try and remember… It was the 15th day of the month and it was snowy. It was winter.”

Iytaf 77, represents the first of now 4 generations of Palestinian refugees living in Lebanon. Today Palestinian refugees are still treated as special foreigners, unable to own property, work and travel without restrictions. After spending most of her life away from home Iytaf still dreams of returning back to Yafa and is proud to be Palestinian.